Established prior to the 2012-13 school year, the Southwest Ohio Conference consists of charter members Edgewood, Harrison, Mount Healthy, Northwest, Ross and Talawanda High Schools.  Our outstanding athletic and academic conference is built upon the following principles:  Integrity; Sportsmanship; and Leadership.  To stay up to date on SWOC news, results, and statistics, visit the site often.  In addition, check out the IN THE NEWS tab, as well as our Twitter feed, @swocsports, for more school-specific stories and links to stories from local media outlets. 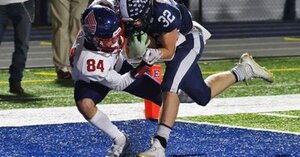 By virtue of a thrilling 21-14 overtime victory against Piqua, the Edgewood Cougars have advanced to the Division II Football Regional Semifinals.   The win over Piqua advances the Cougars to the Division II Sweet Sixteen for the second consecutive year.  Edgewood has now strung together 11 consecutive wins and improved their overall record to 11-1.  With only 16 Division II schools remaining in the playoffs, Edgewood will face Anderson in the next round.  This Sweet Sixteen contest will take place on Friday, November 11 at 7:00 PM.  The site of the game is Little Miami High School.  Congratulations and good luck to the Edgewood team and Head Coach Scott Clemmons!!! 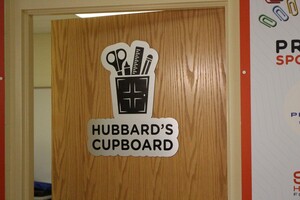 Mt. Healthy was recently visited by Sam Hubbard as he announced his initiative “Hubbard’s Cupboards”. The Mt. Healthy School District will be the first to participate in this program with the initial ribbon cutting ceremony occurring at Mt. Healthy Jr/Sr High School.
The Mt. Healthy administration brought students into the gymnasium where Sam Hubbard talked football, his roots as a Cincinnati native, and what he hopes to accomplish with his program. A panel of Mt. Healthy students had the opportunity to ask questions that ranged from the atmosphere of a pregame NFL locker room to what he purchased with his first professional check. The event ended with students competing in a dance competition and the winner receiving a signed football.
The Owls are thankful for being selected for this project and the impact that will be made in the Mt. Healthy City School District. Sam made it official with a ribbon cutting ceremony and interviews with various media outlets in the Jr/Sr High School.
More information is available at https://www.wlwt.com/article/cincinnati-bengals-sam-hubbard-launches-hubbard-cupboard-initiative-to-provide-supplies-to-local-kids/41507003# 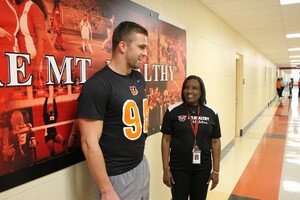 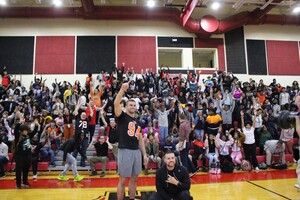 Edgewood and Ross Victorious in 1st Round of OHSAA Football Playoffs

The Edgewood Cougars and Ross Rams have advanced to the 2nd Round of the OHSAA Division II Football Playoffs by virtue of each team's 1st Round victory.  The Cougars defeated Lima Senior 38-6 and extended their win streak to 10 games.  Edgewood is now 10-1 on the season and will host Piqua in the next round.  The Rams beat Northwest 41-7 to avenge a September regular season loss to the Knights.  Ross will travel to Winton Woods in their next Playoff match-up and look to pick up their 7th win of the season.  These 2nd Round contests will take place on Friday, November 4 at 7:00 PM.  Congratulations and good luck to the Cougars of Head Coach Scott Clemmons and the Rams of Head Coach Kenyon Commins!!!

The top four schools in the final SWOC standings:  Edgewood; Mt. Healthy; Northwest and Ross will represent the Southwest Ohio Conference in the 2022 OHSAA Football Playoffs.  Edgewood (9-1, SWOC Champions) will host Lima Senior in a Division II, Region 8 first round contest.  Head Coach Scott Clemmons leads Edgewood into the Playoffs on an impressive nine game win streak and is looking to improve upon last year's two playoff wins.  Northwest (6-4, 2nd in the SWOC) will host Ross in a Division II, Region 8 first round match-up.  Head Coach Lee Johnson’s Knights are making their fifth playoff appearance in the past eleven seasons.  Ross (5-5, 3rd in the SWOC) travels to Northwest in Division II, Region 8 opening action.  The Rams, of Head Coach Kenyon Commins, have now secured a Playoff berth in four consecutive seasons.  Mt. Healthy (5-5, 4th in the SWOC) will hit the road to take on Western Brown in a Division III, Region 12 clash.  The Owls, of Head Coach Jordan Stevens, are making a Playoff appearance for the third straight year.  All these games are scheduled to be played on Friday, October 28th, with kickoffs slated for 7:00 PM.  Congratulations and good luck to our SWOC teams in the OHSAA Football Playoffs!!!

Links To Other Sites